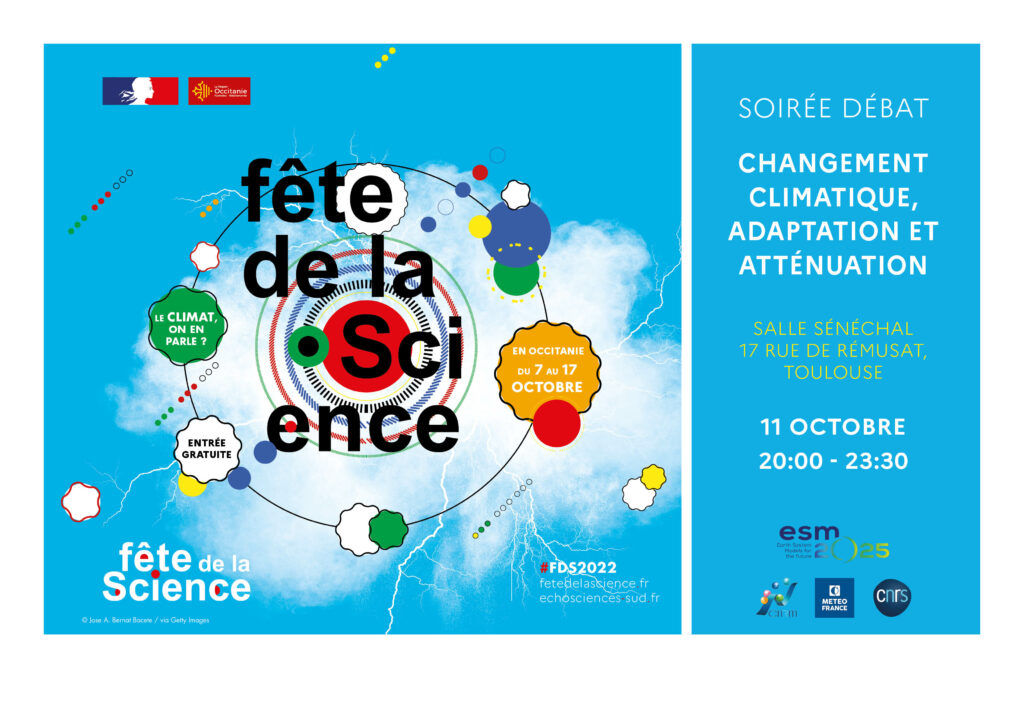 Climate change is at the heart of the 2022 edition of the Fête de la Science, so we joined forces with Météo-France to organise a roundtable public discussion, in Toulouse, about climate change, adaptation and mitigation!

Fête de la Science is the biggest french Science Festival, taking place during 10 days throughout France (including overseas territories). It is an open (free for all) annual festival, where thousands of scientific, cultural and educational actors come together to share with the public their enthusiasm for science, technology and innovation. The public can experience Science in a fun and festive way, through a wide range of formats: workshops, conferences, games, tours, festivals, live shows and visits to laboratories and natural and industrial sites.

The 6th assessment cycle of the IPCC is coming to an end. Once completed, this cycle will encompass three special reports, three thematic reports and a synthesis report, dealing respectively with climate mechanisms, adaptation to climate change and mitigation of our greenhouse gas emissions.
As part of the Fête de la Science, in the evening of the 11th October, some authors of these reports and local experts will meet around 2 roundtables to discuss the current knowledge on climate change, with a focus on the local level:

ROUND TABLE 2 – “Climate change at the local level”

The content of this website does not reflect the official opinion of the European Union. Responsibility for the information and views expressed on the website lies entirely with the authors.

This project has received funding from the European Union’s Horizon 2020 research and innovation programme under grant agreement N° 101003536.